When the freezing winds of impending winter begin to blow, most flee for southerly latitudes if they have the time and the means to do so.

However, if you have always wanted to experience Canada at its most authentic, there is no better time to experience the Great White North than between the months of December to March.

Not only this, but prices are also lower at this time, making it an awesome time to visit if you are looking to save money while traveling

Below, we’ll profile just a few of the things you can get up to in Canada during a winter holiday. 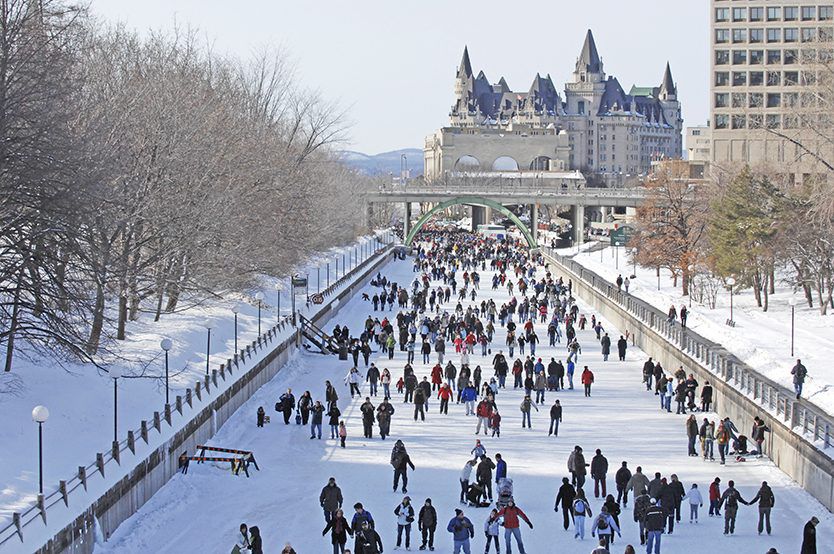 Skate on the Rideau Canal

Begin your Canadian winter holiday in this nation’s capital, Ottawa. Not only is it worth it to see sights like the House of Commons and all the national museums which tell Canada’s story, but at this time, the Rideau Canal is transformed by the city into the world’s longest skating rink.

Through most of the winter months, this icy pathway is filled with locals who not only use it for recreation, but those who actually skate from their homes to their places of work downtown.

Along the way, there are heated change huts, as well as stalls which sell everything from hot soup to unique pastries known as beaver tails. Dressed with everything from cinnamon to apples, it is the perfect treat to enjoy after a long day out on the ice.

Unusually warm winter keeping you off the ice? There are other ways to while away the long, dark nights in Ottawa during your visit.

In the National Capital Region, Casino Lac-Leamy is an establishment which offers favourite games like blackjack and roulette, and exotic games like baccarat and sic bo.

A little confused when it comes to the rules? Click here, and you’ll get a chance to re-learn how these games work before hitting the felt with your friends in real life.

Further east, those in Quebec have also shown a willingness to embrace winter rather than hide from it. In the capital of Quebec City, a world-renowned festival known as Winter Carnival is held at the end of January and runs until mid-February.

During this celebration of Canada’s coldest season, you can elect to ride exciting toboggan slides, watch crazy paddlers attempt to race across the ice-choked St. Lawrence River, or track down and give Bonhomme, the mascot of the festival, a high-five.

No matter what you choose to do during this vibrant celebration of life during this chilly time of year, you will be able to get a good look at how Canadians get out and enjoy their lives in weather most of the rest of the world would consider to be intolerable.

No matter where you might happen to be in Canada during the winter months, you won’t be far from an ice hockey rink.

They come as big as NHL shrines like the Air Canada Centre in Toronto, but the ones which only hold hundreds of spectators in this nation’s smaller cities and towns will connect you with the heart of this nation’s most beloved sport.

Here, basic treats like popcorn, hot dogs, and pizza slices will cost you a fraction of what is charged in the big arenas, but the action is far more compelling.

From minor hockey teams to senior league squads, those battling out on the ice are playing mostly for the love of the game, making attending these matches a more culturally relevant experience than watching the pros.